TOP 5 HOLLYWOOD CLASSICS OF ALL TIME 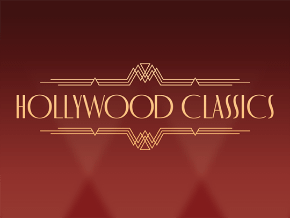 Classical Hollywood Cinema primarily gained popularity between the 1910s and the 1960s which marked the very crucial characteristic of American visual narrative culture. The narrative style became so dominant and powerful that it pervaded almost every film industry of the entire world. Classical Hollywood Cinema drew its influences from several artistic and cultural movements, specifically Theatrical Realism, The Renaissance, German Expressionism, Vaudeville theatres, melodrama, etc. The visual and narrative style of Classical Hollywood Cinema would further reach great heights with the advent of sound technology in the latter half of the 1920s and early 1930s where several celebrities had to adhere to the norms of the new studio system. Till this day, the era between 1920 and 1960 is known as the ‘Golden Age of Film’ all across the world. In the following paragraphs, we will talk about the top 5 Classic Hollywood movies of all time.

GONE WITH THE WIND:

Set against the backdrop of American Civil War, Victor Fleming’s Gone With The Wind portrays a turbulent love affair between Scarlett O’Hara (Vivien Leigh) and Rhett Butler (Clark Gable). Even though the film was highly criticized for its on screen racial politics, Gone With The Wind remains one of the most indelible films of all time.

CASABLANCA: Starring Humphrey Bogart as Rick Blaine and Ingrid Bergman as Ilsa Lund, Casablanca (1942) directed by Michael Curtiz tells us the story of a beautiful, adventurous and poised married woman who is reunited with her former lover several years after the war ripped them apart. 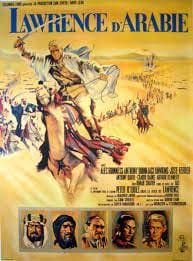 LAWRENCE OF ARABIA: Directed by David Lean, Lawrence of Arabia (1962) tells us the story of British lieutenant and archaeologist T.E. Lawrence (played by Peter O’Toole) as he is sent to Arabia to moderately assess Prince Faisal (Alec Guinness), their ally. In the film, Lawrence sets out on a long, daring camel journey across the lifeless desert to attack the Turks.

CITIZEN KANE: One of the most profound films of the golden Classical Hollywood era is Citizen Kane (1941) directed by Orson Welles. The film beautifully depicts the life Kane lead before his death as a publishing billionaire. It gained immense popularity for the use of chiaroscuro lighting as well as deep focus stylized camera work. In Citizen Kane the mystery revolves around the word “Rosebud” which Kane utters right before the time of his death. To understand the context of “Rosebud” one needs to watch the film till the very end. 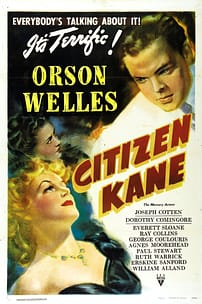 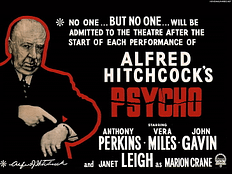 PSYCHO: Alfred Hitchcock’s most notorious film that revolutionized shower scenes in a film came out in the year 1960. Psycho tells us the story of an encounter between Marion Crane (Janet Leigh) who runs off after stealing money from her employer and Norman Bates (Anthony Perkins) a motel proprietor. Strangely after this encounter, Marion goes missing. While her lover and her sister set out to find her, they end up reaching the disreputable “Bates Motel”. From this point onwards sinister events follow one after the other revealing the shady personality of Norman Bates and the hidden truth of Bates Motel.