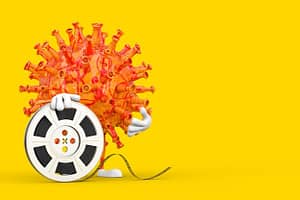 This pandemic era has brought many remarkable changes in our daily life. It has drastically changed the lifestyle of common people. Life has been confined to digital platforms in every aspect. People were quarantined to stay at home only. Schools, colleges and work places were all at a pause. Everything was conducted through online platform.

Even media and entertainment industry received a severe degradation due to this covid 19 outbreak throughout the world. Filmmaking has been the toughest task in this situation. This is because filmmaking requires a lot of experimental field work which is by no way possible from home or without interacting with peoples. Filmmaking is a team work; it needs involvement of a lot of peoples.  So, making a film in this pandemic situation is really challenging.

The arrangement of equipments for shooting a film has also been hectic during the pandemic. As too much gathering is being avoided so too many operators could not be allowed on a shooting spot; therefore easy equipments are being used. But such equipments cannot bring out the required output. So, low quality in audio and visuals are degrading the cinematography of a film. 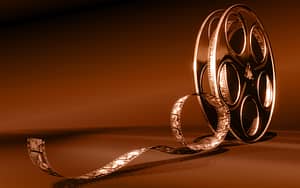 Once the equipment is sorted we must move into scripts. Now, one may have a script with 500 pages and the script may demand fantasies and hypothetical characters in its screen. But, the pandemic outbreak won’t be favorable for such a script. Indoor shots need proper lighting so, it has to be avoided. On the other hand, due to lockdown at several places shooting outdoor is also a hectic thing. Hence, the shooting places need to be sorted carefully.

Casting a large number of actors is like herding cats in this pandemic situation; so, the script needs to be chosen rationally. Because, if such a script is selected, which requires a vast cast then it has to be called off. Hence, every aspect has to be checked in order to make a film in this situation.

Last but not the least, promotion of the movie is also at risk. Everyone knows that a good marketing is what makes a product more valuable in its fields. Same is applicable in terms of films; in fact, a film needs more publicity and promotion in order to reach more and more peoples. But pandemic outbreak all over the world has even restricted the promotion of movies. Without a proper promotion a movie; how worthy it is in terms of content and casting; has no production value actually. Moreover, the theatres are at its extinction, which acts as another hard-cheese for the film industry.

Drawing the conclusion, I would like to reflect the reader’s attention to the fact that, filmmaking is an impenetrable task in this pandemic era. Every hooks and nooks related to filmmaking is counting a lot. Even if the movie is filmed after so many hurdles, the screening is another plight. Though the OTTs emerged as a reliever of the film industry, yet, the era of theatre will always be recalled.